Cointreau, the iconic orange liqueur brand established in French Loire Valley over 165 years ago, will be holding its La Maison Cointreau Regional Finals 2016 this October 24 in Phuket, Thailand.

An exclusive, by-invitation only competition, La Maison Cointreau Manila bartender’s competitions sought out the best innovative talents in the metro’s hot cocktail scene and competed in a Bartenders Battle Royale a few months back with their original concoctions vying for the cash prize of Php 50,000.00 and the honor to represent the Philippines in the upcoming regionals.

The winning cocktail for this year’s La Maison Cointreau Manila is Gossip by Cedric Cello of Smith Butcher and Grill Room. The challenge was to serve their original Cointreau based cocktails with outstanding taste & flavor as a paramount criteria, with technique, presentation and consistency as the clincher for a winning cocktail.

I was personally there to party, try out and enjoy these spectacular drinks and witness the selection process.

It was a real world competition whereby each of the seven bartender finalists prepped over 100 cocktails for the guests to sample and only one hour to serve their respective concoctions in a high volume bar environment that tested the competitors speed, and ability to engage the crowd.

Inspired by Cointreau Privé in Paris, La Maison Cointreau was first launched internationally in New York City, with the aim to introduce Cointreau as the avant-garde & Parisian style spirit that enables mixologists to explore limitless cocktail variations using Cointreau, the heart of cocktails.

When champion, Cedric Cello was queried what would be the Filipino Bartender’s winning edge on the international stage, Cedric opined that, “Filipino bartenders are creative, passionate and dedicated in what they do and at the same time they easily relate to other people.” Cedric further added that, “A bartender should love what he’s doing with a passion and heart to develop his craft.” He further expounded on his choice of career as having the “Love of creating things while using my hands and crafting a piece of art for others to experience. Early on, I didn’t really consciously decide to become a bartender, it was more of a gut-feel that this profession will lead me to greater experiences.”

A young man wise for his age, Cedric believes part of his job is in making his customers feel welcome and being able to gauge their mood. Helping them unwind after a hard day’s work, and if need be, to lift their spirits in celebration.

Part of that is the uncanny ability to offer and mix the right cocktail. This comes by way of easy banter on his part, fielding questions like “What cocktail do you usually drink? Do you favor a particular taste profile? Sweet, spirit forward, floral, or sour?”

And that is where the craft comes into play, where a really good bartender creates alchemy from his rich palette of spirits, ingredients, infusions, fresh herbs, spices and fruits that could turn the darkest moods into golden moments… successfully goading the most stressed person in the room to just hang, chill and be happy. When asked how he could be able to hold his own in competing with Asia’s top mixologists, he answered simply that “It would all be a matter of the right employment of the craft… reading the room… and properly gauging the mood of the moment. Hopefully the right mix of spirits and flavors would hit the right spot.”

A fun send off party at Hooch

And just before Cedric heads off to Phuket, Thailand to represent the Philippines and compete in the La Maison Cointreau Regional Finals 2016, we spent an evening celebrating with him at Hooch Bar in Makati which also served as his send off party. 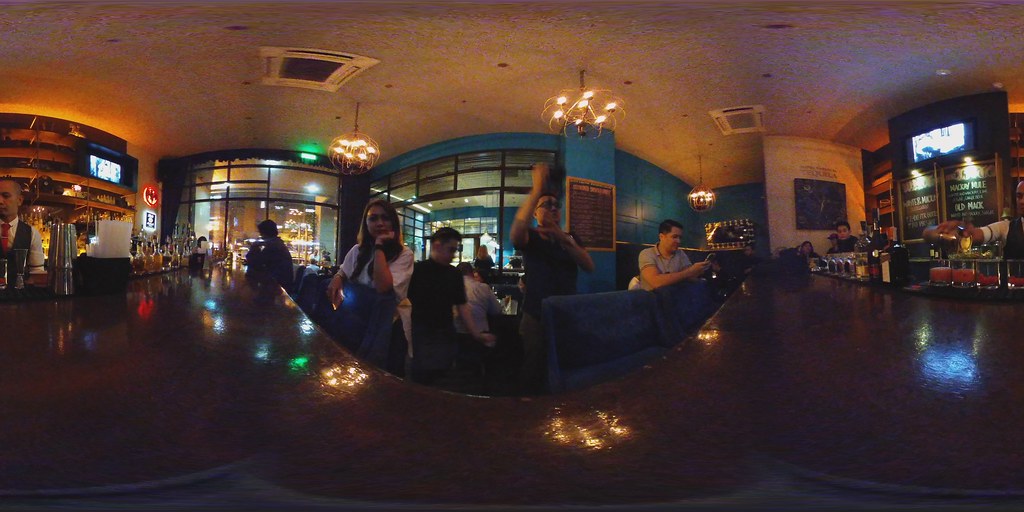 During this fun evening, he showcased the drink that made him win the Philippine leg of La Maison Cointreau just a couple of months ago.

Truly bartending is an art with no hard & fast rules. When one gets it right… it would be a happy state of inebriation for the lucky tippler.

Good luck, Cedric, as you strut your bartending skills at the La Maison Cointreau Regional Finals 2016! Win or lose, you’ve already made us proud!

I raise my glass of “Gossip” to you and wish you the best. Cheers!

‹ AirAsia now offers direct flights to Singapore from Cebu! › The iPhone 7 wait is almost over!